The smallest LED keyring lights available. Pea-sized, and weighing just under 5g each!

Ideal for attaching to keys or jackets, or as lighting inside handbags, wallets and pouches. Great as an ‘always there’ source of light, to quickly provide up-close illumination.

Unique ‘hybrid’ LED / photoluminescent light source. Bright white LED light, with bright green afterglow, allowing you to see the AtomLight in the dark, even when it is turned off.

Rugged construction with waterproof housing. Simple ‘twist on / off’ design. Ready to use with pre-installed batteries, which are replaceable; 3x AG1/LR621 cells per AtomLight.

Just like an atom, an AtomLight is very tiny indeed! It is the smallest LED keyring light available. At just under 5g each (including the split ring) they are almost unnoticeable when carried; they make other keyring lights look huge. They can be attached to anything; they’re ideal for keys, jackets or bags. Despite its small size, the AtomLight is a very practical and useful light source.

It features a hybrid LED / photoluminescent light source, which emits a green glow even when turned off; a feature that allows the AtomLight to be easily seen and found in the dark; perfect for those times when you’re fumbling to find the right key.

With a simple twist, each unit provides a gentle but useful amount of light, easily enough to illuminate a small room, search for something you have dropped or check a map. Ideal for emergencies when you need a light but the larger flashlight has been left behind. The waterproof housing means they can be relied on in all outdoor conditions, and being about 50 times smaller than a typical flashlight, they can be carried with you wherever you go.

They have dozens of uses for both urban and outdoor environments. A fantastic addition to survival kits, first aid kits, or any other equipment that would benefit from the addition of a little light.

Many people today rely upon a smartphone to provide a flashlight function without the extra bulk of a normal flashlight, but all too often smartphone batteries go flat. The AtomLight will serve as a great back-up to flat battery situations without adding any noticeable bulk to your every day carry items.

AtomLights are very tough and will withstand the rigours of daily use. 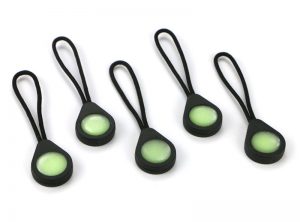 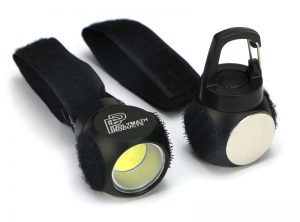